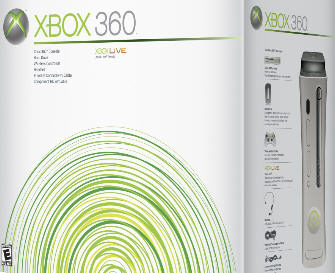 In an interview with Xbox AU/New Zealand boss David McLean, he talks about courting to both the casual and hardcore gaming markets, about how the Xbox 360 Core package will continue to be sold and won’t be discontinued, and the coming of the Xbox 360 Elite and Pro packages equipped with HDMI slots.

GameSpot AU (GS AU): Why did you decide to drop the price of the Xbox 360 now? 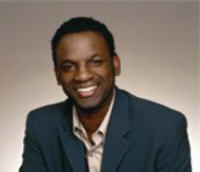 David McLean (DM): We’ve held the price of the box for 17 months, which I think is the longest any console has held its price since launch. If you look at GfK Australia figures, you can see our momentum is still quite strong. But we’re now getting the benefits of reductions of costs in manufacturing, and we want to make sure we pass that stuff on to our consumers as soon as we can. And also leading into what’s going to be a blockbuster Christmas for us this year, we really want to give consumers as much reason as possible to move into the Xbox 360 business.

GS AU: Where do the new prices position your console in the Australian market now? Obviously, the Core is now the same price as a Nintendo Wii here.

DM: When you look at the Pro and you want high-definition gaming, I think the consumer now needs to look at those value propositions. They need to look at the games lineup we have coming this holiday, and they’ll see that all of the major blockbusters are all on the Xbox, the real exclusives are on the Xbox this Christmas, and there will be 200 games available versus I think 40 or 45 on the PS3. I think you’ll see on a games point of view we’re well ahead. And now once again, we’re offering all of these experiences at a really affordable price. So I think we will do really well during the holiday period against the PlayStation.

In relation to the Wii, the Wii’s been very successful in terms of its unit sales, but when you look at what’s actually driving the industry and you look at where consumers are buying, the majority of the revenue is still going to the Xbox 360 platform. Also, there’s a six game average attach rate on the Xbox 360 versus the competition. We think this will continue, and we think that moving to that price point and doing some really interesting things around the Core–and we’ll announce our strategy around Core in the time to come–we think we’ll really push ourselves into that broader Wii market.

Our strategy was always to focus on the core and serious gamers. We think we’ve done a great job there, and the numbers support that. What we now need to do is start thinking about broadening our strategy, and this price movement is a component of that strategy.

GS AU: Do you think you’ll take sales away from the Wii in Australia at this price point?

DM: I think that what will happen is we’re going to move into that category somewhat more. It’ll be interesting to see how big that category continues to be. But we now have the opportunity to play in that space and with this pricing and the broader titles available this holiday [on the 360], like Guitar Hero III, Rock Band, Viva Pinata: Party Animals, and Scene It!, I think we’ll have more and more opportunity to move into that particular space.

GS AU: How long will you continue to sell the Core unit?

DM: There are no plans to discontinue the Core SKU. We’ve actually seen over the last few months that the Core has started to grow in terms of sales. If you look at some of the recent sales with mass merchants, the Core is doing really well for us. We’re pretty pleased with the momentum that’s been building on the Core, and it’s still important for us to provide that level of choice to the customer. We have no intention of discontinuing the Core at this point. Furthermore, this price adjustment and some of the things we’re planning to do with the product over the holidays will make it a more significant part of the business.

GS AU: So how is the 360 going now in terms of units sold in Australia?

DM: We’ve sold in Australia almost 200,00 units of the Xbox 360 since launch–in 17 months that’s a really good result. We’ve got a record software attach rate of six games per console–that’s better than anyone in the market. Our momentum continues to be strong. And we’ve sold more than one million 360 games in Australia.

GS AU: A few weeks ago Sony was saying that the PS3 was actually outselling the 360 and the Wii in Australia on a week-by-week basis. What’s your opinion of that?

DM: I find it fascinating that they’re saying that the PS3 is outselling anyone. You just have to look at the GfK numbers, and they clearly don’t reflect that. The PS3 is running at a distant third at the moment in the market, in my view. So I don’t think it makes much sense to make those comments. I think it’s only going to be harder because as I see it in this market, the PS3 still hasn’t dropped its price–it’s still a A$1,000 console, albeit there’s been some bundling activity there. But you’re really comparing a A$1,000 console with a console that has more games, more peripherals, more accessories, more genres, at a price point that starts at A$399, with similar or better high-definition graphics.

GS AU: How will this price drop affect sales of the 360 this year?

DM: Obviously, we never really give out specific numbers about what our targets and forecasts are. But what I would say is our strong momentum will increase upon where it is today. The feedback we’ve had from retailers so far has been very positive, and their orders to distribution have increased. We’re feeling very positive about where we are with them.

GS AU: Can you tell us when the Xbox 360 Elite console will make it to Australia?

DM: For Australia, we will be coming out with some announcements around Elite. It certainly is coming to our market–we’re just currently trying to define our pricing and volume strategy on it. And obviously, with our decision to make the pricing announcements on Core and Pro now, we need to consider the knock-on effect for Elite. You’re not going to be asked to wait very much longer. I think within the next week or so, we can give you details on what we’re planning to do with Elite.

GS AU: And what about the special edition Halo 3 console?

DM: It’s coming to our market as well. Once again, we just need to decide what the contents of the offering will be and make sure that we have the right pricing model for it. Information on that will also be coming in the next week.

GS AU: Finally, US consumers are starting to see HDMI ports on Pro consoles. Will Australian 360s be soon fitted out with those as well?

DM: Yes, we will–we’ll start to see the same thing in Australia. We’re just reviewing our inventory position and when that will start to flow into the market. No specific details to give you on it, but what’s happening in other regions in the world will certainly happen in Australia. –Via GameSpot