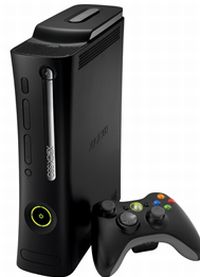 Microsoft has finally confirmed the price drops for the Xbox 360! Which we saw coming week’s ago.

Starting tomorrow, August 8th, the official MSRP for the Xbox 360 will be dropped by $50 to $349.99. That would be the “Premium” model, which apparently is now being called simply the “Xbox 360” package. That package will still include the 20GB hard drive, a wireless controller, and an Xbox 360 headset.

The timing of these price drops is meant to coincide with the soon to be released Xbox 360 version of EA’s Madden NFL ’08 on August 14th, part of Microsoft’s “Perfect Storm” if you recall from their E3 2007 Press Conference (The other two games being Halo 3 and the now-delayed Grand Theft Auto IV . . . Looks like the storm has been interrupted). 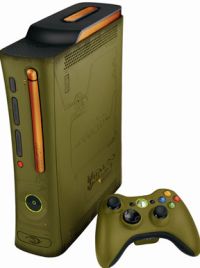 Microsoft also announced a date and price for their Halo 3 branded “Xbox 360 Halo 3 Special Edition Console” package. It will be hitting store shelves in September and cost $399.99. It includes a “Spartan green-and-gold” colored Xbox 360 console and will include an HDMI-capable, a wireless controller, a headset, a 20GB hard drive, a play-and-charge kit and a slew of special Halo themes and gamer pics. Halo 3, for some dumb reason, will be sold separately and not be included in the package (apparently it’s cause there are no less than three versions of Halo 3 for one to decide to buy, the Regular Edition, Limited Edition and Legendary Edition).

So far Microsoft UK said they “have not announced any pricing changes in Europe.” No word yet from Microsoft whether these price drops will hit anywhere else in the world.