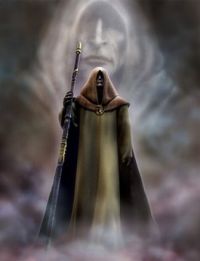 Theseis is an upcoming 3rd-person adventure game for the PC and Xbox 360, the first release from developer Track7 Games, a new company based in Athens, Greece who plan to work on upcoming games in the adventure genre.

They just announced that Theseis has been delayed to an unknown date in 2008.

Theseis is an adventure game set in modern and ancient Greece. Itâ€™s a game that will cross genres while combining action and storytelling to give players an experience that promises to stand out from anything on the market today. The storyline puts players in the roles of two investigators of the supernatural, who are searching for clues in the disappearance of their adoptive father. Players will solve puzzles in an intense, action-oriented atmosphere in a setting that combines present-day excitement with ancient Greek myth. And along the way they’ll discover that the investigators themselves have a few paranormal tricks up their sleeves.

For more information on Theseis, read the interview and watch videos for the game below, where Track7 Games discusses how exactly they intend to revolutionize the adventure genre, what it’s like to build a proprietary next-gen game engine and their thoughts on making what some consider to be the first AAA title to come out of Greece.

Gaming Target (GT): Thanks for talking to Gaming Target. Maybe you could start by telling us a bit about yourself and your role on the Theseis team.

GT: If I’m not mistaken, Theseis is not only Track7’s first game, but also the first game to be developed in Greece. What is it like to be in such a unique position?

Theseis TrailerDP: Yes itâ€™s true, when we talk about a AAA, high budget title, then yes, we are the first out of Greece to do this. Being in this position is quite amazing but at the same time we have a lot of pressure on our shoulders, especially coming from our Greek fans, that are depending on us to bring out a next generation title that is on par with other titles out, for the very first time. There is a feeling and passion that when Greeks see something of their own going world wide, suddenly the patriotism clock turns on, and now it feels we are going into battle of some sort, fighting for Greece. This is Sparta anyone? (laughing) Itâ€™s a cool feeling, but like I mentioned we donâ€™t want to disappoint anyone, so we are giving it our hardest in getting it done and giving the action/adventure fans what they want.

DP: For one, we notice that there arenâ€™t a lot of action/adventure titles out on Xbox 360. Iâ€™m a hard core gamer on Xbox 360 as well, and I see this myself. Itâ€™s a shame, out of the 7 million Xbox Live users, we know that a big percentage enjoy playing action/adventure titles. Itâ€™s going to be a nice change bringing something new to the table. We believe that many people will be interested in playing a game that has to do with Greek Mythos, and also knowing its coming from the Greeks as well and based in true locations in Greece. Its true, adventure gaming is not huge in the market as it was 10 years ago, but there is always room for something new. Letâ€™s just say we feel we are rejuvenating adventure gaming and bringing it out on a next generation console for the rest of the users that will allow them to have a variety to choose from all the genres out there on the specific console. Iâ€™m sure many will be tempted to pick it up and re-live the Greek Myth, in a very well scripted story and scenario which brings ancient Greece alive during modern day Greece. It has a strong enough scenario for the masses, humorous, adventurous, magic, conspiracy and also amazing fantasy locations. Itâ€™s got it all except for the violence! There will be lots of evil, and many mythological creatures based on the Greek Myth, but none that you will kill with a gun, or weapon, but using your wits to get by.

GT: Speaking of Myst and the like, what are some of your influences, adventure games and otherwise?

DP: Well firstly we wouldnâ€™t want to classify our game as Myst. Yes there will be puzzles, but itâ€™s a 3rd perspective view, something like Tomb Raider, then there is sneaking, that we looked into the Splinter Cell series, then we have the adventure part which we looked at the Broken Sword series. Basically itâ€™s a little mixture of many games that have been successful. The one thing that we love boasting about is the amount of detail that we implemented in our game, from the objects, to environments and to character design, together with the amazing shading and lighting effects, we believe that every type of gamer will enjoy playing our game.

GT: What goes into writing the story for an adventure game like this? Do puzzles or plot come first?

DP: Story plot comes first and then puzzles. We have many different types of puzzles as well as mini games available in different sections of our game.

GT: You mentioned that Theseis wonâ€™t be a violent game, and Iâ€™ve heard that the player wonâ€™t be wielding a gun or other weapon. What’s behind this choice?

DP: We wanted to be different. Just like the decision to come out with a supposedly dying genre, risks could be rewarded. We want to make a difference rather than whatâ€™s out there already. I have received many emails, regarding this fact that we will be non violent, and many agree with our decision. They believe a change is needed and so do we.

Theseis Story IntroGT: Even though itâ€™s non-violent, Theseis will have plenty of action. What sort of action can we expect?

GT: Can you give us any particulars about the puzzles players will face in Theseis?

GT: Finally, I have to talk to you about graphics, since the screenshots and video for Theseis are looking great so far. What sort of graphical bells and whistles will we see in the engine?

DP: First of let me explain that Theseis is running on our own custom made engine. Which is another great thing coming from a new independent game developing studio. The developers are using the latest in pixel shading and lighting. The importance in detail is a must in our game, and from our very picky developers. They seem that they are obsessed on perfection, this could sometimes push us back on milestones, but hey itâ€™s better getting it done the right way and not rushed. Everything developed in the game has been worked on with focus on detail and graphics as well as game play. — Via Gaming Target