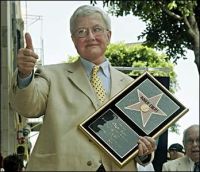 You may remember a little instance back in 2005 that caused a firestorm of protest from video gamers across the globe. What was it that caused such a firestorm you ask? It was famed movie critic Roger Ebert’s assertion that video games . . . are, and never could be, art.

Of course, if you ask almost any gamer, they’ll whole-heartedly disagree with that position, in my opinion all you gotta do is look at a game like Okami and wonder how anyone could NOT consider it art. I mean you can’t even create a video game nowadays without having whole teams of ARTISTS on board . . . but anyhoo, it is true that us gamers would be biased given that our favorite medium is once again being called illegitimate by no less than a movie critic . . . But I digress.

Roger Ebert is at it again, and he posted on his personal Roger Ebert web-site a response to Clive Barker’s recent Hollywood and Games Summit keynote address in which he was critical of Ebert’s “Games are not art” assertion. Of course, Ebert then posted an in-depth word-for-word response. Which you can read in full below with further thoughts by me posted at the end:

By Roger Ebert – Film Critic
A year or so ago, I rashly wrote that video games could not be art. That inspired a firestorm among gamers, who wrote me countless messages explaining why I was wrong, and urging me to play their favorite games. Of course, I was asking for it. Anything can be art. Even a can of Campbell’s soup. What I should have said is that games could not be high art, as I understand it.

How do I know this? How many games have I played? I know it by the definition of the vast majority of games. They tend to involve (1) point and shoot in many variations and plotlines, (2) treasure or scavenger hunts, as in “Myst,” and (3) player control of the outcome. I don’t think these attributes have much to do with art; they have more in common with sports.

One of the notables taking exception to my opinion was Clive Barker, the British horror novelist, short story writer and “Hellraiser” writer-director. Barker studied English and philosophy at Liverpool, is an accomplished artist and quite possibly knows more about art in its many manifestations than the average gamer does. How can I say that? Only a guess.

Barker was a speaker at the recent Hollywood and Games Summit, and chose to respond to some of my statements. His responses are posted at www.GamesIndustry.biz. I find them stimulating, and I extend the dialogue here with further responses of my own:

Barker: “It’s evident that Ebert had a prejudiced vision of what the medium is, or more importantly what it can be.”

Ebert: The word “prejudiced” often translates as “disagrees with me.” I might suggest that gamers have a prejudiced view of their medium, and particularly what it can be. Games may not be Shakespeare quite yet, but I have the prejudice that they never will be, and some gamers are prejudiced that they will.

Barker: “We can debate what art is, we can debate it forever. If the experience moves you in some way or another … even if it moves your bowels … I think it is worthy of some serious study.”

Ebert: Perhaps if the experience moves your bowels, it is worthy of some serious medical study. Many experiences that move me in some way or another are not art. A year ago I lost the ability (temporarily, I hope) to speak. I was deeply moved by the experience. It was not art.

Ebert: A reviewer is a reader, a viewer or a player with an opinion about what he or she has viewed, read or played. Whether that opinion is valid is up to his audience, books, games and all forms of created experience are about themselves; the real question is, do we as their consumers become more or less complex, thoughtful, insightful, witty, empathetic, intelligent, philosophical (and so on) by experiencing them? Something may be excellent as itself, and yet be ultimately worthless. A bowel movement, for example.

Barker: “I think that Roger Ebert’s problem is that he thinks you can’t have art if there is that amount of malleability in the narrative. In other words, Shakespeare could not have written ‘Romeo and Juliet’ as a game because it could have had a happy ending, you know? If only she hadn’t taken the damn poison. If only he’d have gotten there quicker.”

Ebert: He is right again about me. I believe art is created by an artist. If you change it, you become the artist. Would “Romeo and Juliet” have been better with a different ending? Rewritten versions of the play were actually produced with happy endings. “King Lear” was also subjected to rewrites; it’s such a downer. At this point, taste comes into play. Which version of “Romeo and Juliet,” Shakespeare’s or Barker’s, is superior, deeper, more moving, more “artistic”?

Barker: “We should be stretching the imaginations of our players and ourselves. Let’s invent a world where the player gets to go through every emotional journey available. That is art. Offering that to people is art.”

Ebert: If you can go through “every emotional journey available,” doesn’t that devalue each and every one of them? Art seeks to lead you to an inevitable conclusion, not a smorgasbord of choices. If next time, I have Romeo and Juliet go through the story naked and standing on their hands, would that be way cool, or what?

Barker: “I’m not doing an evangelical job here. I’m just saying that gaming is a great way to do what we as human beings need to do all the time — to take ourselves away from the oppressive facts of our lives and go somewhere where we have our own control.”

Ebert: Spoken with the maturity of an honest and articulate 4-year old. I do not have a need “all the time” to take myself away from the oppressive facts of my life, however oppressive they may be, in order to go somewhere where I have control. I need to stay here and take control. Right now, for example, I cannot speak, but I am writing this. You lose some, you win some.

That said, let me confess I enjoy entertainments, but I think it important to know what they are. I like the circus as much as the ballet. I like crime novels. (I just finished an advance copy of Henry Kisor’s Cache of Corpses, about GPS geo-caching gamesters and a macabre murder conspiracy. Couldn’t put it down.) And I like horror stories, where Edgar Allen Poe in particular represents art. I think I know what Stan Brakhage meant when he said Poe invented the cinema, lacking only film.

I treasure escapism in the movies. I tirelessly quote Pauline Kael: The movies are so rarely great art, that if we cannot appreciate great trash, we have no reason to go. I admired “Spiderman II,” “Superman,” and many of the “Star Wars,” Indiana Jones, James Bond and Harry Potter films. The idea, I think, is to value what is good at whatever level you find it. “Spiderman II” is one of the great comic superhero movies but it is not great art.

Barker is right that we can debate art forever. I mentioned that a Campbell’s soup could be art. I was imprecise. Actually, it is Andy Warhol’s painting of the label that is art. Would Warhol have considered Clive Barker’s video game “Undying” as art? Certainly. He would have kept it in its shrink-wrapped box, placed it inside a Plexiglas display case, mounted it on a pedestal, and labeled it “Video Game.” — END

Now I will post a few thoughts of my own. First of all, I don’t like it when gamers say that video games are a form of escapism. Sure, I know what they are getting at, but I know for me that’s not the case. Do they help you “escape” the real world? Well surely if you are having a bad day or troubles at home it might help to pop in your favorite game and play for a while. But I would say that is true of literally any entertainment medium, be it television, movies, books or your favorite sport activity. It is no more escapism than going outside and shooting some hoops to get your mind off whatever is troubling you.

Ebert says that art “seeks to lead you to an inevitable conclusion, not a smorgasbord of choices” and that is something I completely disagree with. Does the Mona Lisa lead you to an inevitable conclusion? Uhh, no. Matter of fact it leaves the conclusion completely up to the viewer. And that is the case with lots of art, even many books or films that leave the conclusion open to the viewer to decide. I don’t see how “having choices” can automatically exclude something from being considered art . . . . Ebert is dead-wrong with this point.

I also must point out that Clive Barker, to my knowledge, hasn’t exactly created the best video games out there. (in the interest of full disclosure, no I haven’t in fact played any of his games, but I can say that they certainly didn’t make much rumble, or I’d know more about them from all the video game reading I do). So maybe he isn’t the most qualified person to speak about video games.

But he has helped in the creation of games and therefore he knows a thing or two about how games are done. And not only that but he is a well-known Hollywood producer and director, as well as contributing to other mediums as noted above, so he certainly has some credentials in that area.

Particularly nowadays, games even have so much in common with movies, particularly the epic ones, that I don’t see how anyone could say one is art and the other isn’t, particularly when games are animated and movies feature real people. I mean you’ve got such strong narratives, character development, camera cuts and movement of the camera in both game movie scenes and in-game gameplay, full voice acting for many games . . . even games based off of movies and vice-versa . . . to me it doesn’t make any logical sense to call one art and the other not . . . .

But what do I know. I’m just a life-long gamer . . . . I guess that discounts my view right there in Roger Ebert’s eyes.