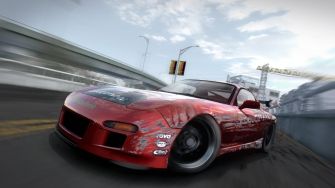 Need for Speed ProStreet is the name of EA’s next Need For Speed title and it looks to once again completely change up the formula from what we’ve seen in the previous games: Carbon, Most Wanted and Underground. We already covered the game when it was announced, but new videos and trailers have surfaced showing off the game’s snazzy new graphics, awesome smoke effects, real-time damage and simply how realistic the game will be.

Need for Speed ProStreet is set for release on October 31st and it is coming for the PC, Xbox 360, PS3, PS2, PSP, Wii, DS, and mobile phones!

Need for Speed ProStreet smoke effects trailerWatch this in HD.

Need for Speed ProStreet announcement trailerWatch this trailer in HD.