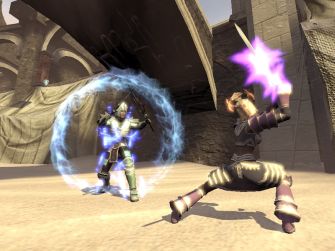 Fury is a Massively Multiplayer Online Role Playing Game where player advancement is 100% PvP focused (that’s player versus player) and is scheduled for release sometime this year (probably October 2007) by developer Auran and publisher GameCock Media Group. It basically looks to bring the first-person shooter style of say something like Unreal Tournament and bring it to the MMO genre.

In Fury, there are no classes, you basically enter a fight by putting together a character from one of four specific school’s of magic: Life, Death, Growth and Decay and your character can eventually learn all the magic in the game. Before entering a battle, you use points to determine what magic, weapons and armor you can play with, similar to deck-building in a card game (so you can’t use everything you have earned).

And unlike the combat in most MMO’s, combat in Fury is instant, meaning you push a button and you get a reaction. There are over 400 spells and abilities in the game, and combat can be either solo, or in teams (of 4 to 16) and uses a matchmaking feature to place equally skilled players against each other. 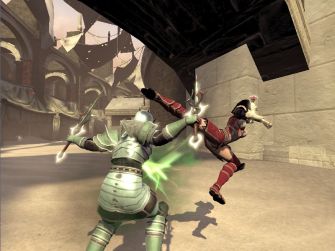 There are three game types that will be available initially in Fury. They are:

Vortex – Vortex is best described as advanced capture the flag. Your team has to capture Vortex crystals and return them to your base, but beware â€“ they can be stolen too! This game type focuses on tactical play; form advanced strategies to out play your opponent.

Elimination – Elimination is straight up 4v4 combat, pitting your skill and strength against your opponents in a fight to the death. Think quickly, as the â€˜best of threeâ€™ format will give you time to change your strategy if you lose a round.

Bloodbath – Bloodbath is free for all gladiatorial mayhem. Itâ€™s every man for himself, so survivability and killing power are key. Collect blood tokens from your fallen enemies to build up points and climb the score board. 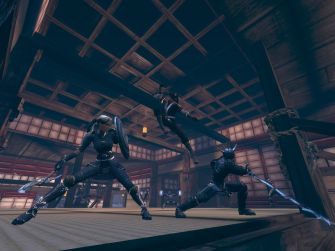 Now check out more videos for this fun and fast-paced MMO.