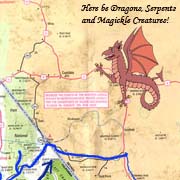 Wow, dragon’s are sure going to be getting their time in the spotlight soon, ever since the announcement of Lair for the PS3 dragons seem to be something developers like to play around with. But hey, I’m not complaining!

The newest dragon game is an RPG from Nippon Ichi that is coming to the PSP August 21st in the US. Good luck making sense of exactly what is going on and exactly how the game mechanics work though in the below video. But nonetheless, the game does seem interesting, particularly for those gamers looking for another good RPG on the PSP, or fans of dragons and fantasy in general. Check the game out yourself in the official trailer for Dragoneer’s Aria.