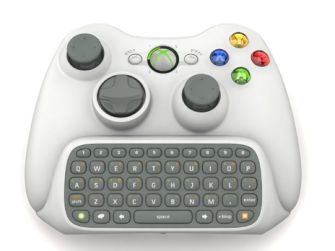 Microsoft has announced that their Xbox 360 Instant Messenger keyboard will go on sale September 9th in the US at a price of $30. The keyboard attaches to the same port as the Xbox Live Headset on the Xbox 360 controller. And for those that bought a Core Console, it will come with a wired headset.

The coolest part though, is that the keyboard even features backlit buttons, for those long-night gaming sessions where you’re playing in the dark! Very nice touch indeed.