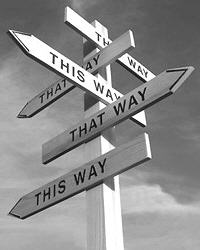 Hello readers, and welcome to another edition of the VGB Week In Review. Here you will find links to all the stories that we posted on Video Games Blogger over the past week, including news, previews, reviews, features, videos and trailers and site updates. This way you can have easy access with clickable links to all of the week’s stories.

Also, don’t forget that we are running a VGB COMPETITION for our readers to win a copy of Resident Evil 4: Wii Edition. We started the competition on Monday and it is still ongoing for the rest of the night today. We will post the winner Monday tomorrow (July 8th). And until then readers are free to keep up the submissions. Goodl uck to everyone!

And now on to last week’s posts!

* Reader Jack Curran takes Zelda fan fiction to the next level with his CG movie and it looks stunning!

* New details on Gran Turismo 5 Prologue for the PS3, via an interview, reveal that it takes the developer Polyphony Digital 180 days to make one virtual car!

* We review the newest Wario platformer, Wario: Master of Disguise, for the Nintendo DS!

* We posted a Story Video for Chaos Legion on the PS2, which shows every cut-scene in the game.

* In an interview with the creators of Hellboy: The Science of Evil for the Xbox 360, Playstation 3 and PSP reveals that it will have online co-op!

* Interview with developers of Conan (PS3 & Xbox 360) detail the art of slicing a man in half!

* New Guild Wars Eye of the North Expansion Pack will be subscription fee-free.

* Resistance: Fall of Man for the Playstation 3 gets update; Map Pack 1.

* Army of Two video interview explains the developer’s focus on the cooperative mode.

* New info on the next installment in the Fallout series was revealed. Fallout 3 will be single-player-only and have 12 endings.

* We unveiled our newest video game competition, in which you can win a copy of the just released Resident Evil 4: Wii Edition (or if you don’t have a Wii, we will try to get you a copy of Resident Evil 4 for either the GameCube or PS2).

* And lastly, we posted the newest video game releases in the United States. Big games included Ninja Gaiden: Sigma for PS3, Vampire Rain for Xbox 360, and Platinum Sudoku for the DS.

* Sony is confident that with the Playstation 3 production problems gone, they will sell 115 million PS3’s.

* Fatal Inertia, a futuristic racing game, will be released for the Xbox 360 on 9/11 in the U.S. and on Sept. 26th in Europe. Originally a PS3 exclusive, the PS3 version has now been delayed till an unknown date due to PS3 programming issues with the Unreal Engine 3 that powers the game.

* We posted the IGN video review for Ninja Gaiden Sigma on the PS3.

* We posted the trailer for Dementium: The Ward for the DS, a brand new horror game in the vein of Silent Hill. I’ll definitely be looking out for this one!

* Microsoft announces that, once again, they will be bringing E3 home July 10th-13th via the Xbox 360 Marketplace, where you will be able to download HD content directly from the show! Including demos, trailers, press conferences, themes, game pictures and more.

* A new video games study found that the smallest group of the US gaming population is the biggest spenders.

* We posted the 27th Angry Video Game Nerd bad review of Independance Day (the movie starring Will Smith) for the PS1.

* The Wednesday Xbox 360 Live Arcade release is Missile Command, which gets an all-new face-lift.

* Forever Blue is announced for the Wii, and it has online co-op scuba diving! It’s the sequel to EverBlue 2, which was released on the PS2.

* Ragnarok Online is announced for the Nintendo DS for release in 2008 (Japan) as a real-time action RPG.

* The upcoming Resident Evil: Umbrella Chronicles, a shooter for the Wii, gets a co-op mode!

* An interview with the developers of Pursuit Force 2: Extreme Justice discusses how much improved the sequel is.

* A Heavenly Sword demo is coming soon to the PS3 store according to new details.

* We give you the trailer for a brand new Square Enix RPG for Xbox 360 & PS3 called The Last Remant.

* Microsoft announces that they will be extending the warranty for the Xbox 360 to three years!

* The Playstation 3’s price finally drops to $500 on July 12th according to a Circuit City ad.

* Australia finally recieves TurboGrafx-16 games for their Wii Virtual Console! A surprising move considering that the TG-16 was never released in Australia! Hopefully this trend will continue for other terrirtories, VC games and systems.

* The EA Sports Family Play control system simplifies the new EA sports games on Wii (Madden NFL 08, NBA Live 08, FIFA 08) so that players of all ages and skill levels can play together.

* A Halo 3 Laser Tag Command set features Plasma Rifle, Plasma Pistol and Energy Sword for all those Halo fans out there.

* We’ve got a video of the upcoming Japan-only Japanese Club Nintendo DS game Exclamation Warriors (Sakeburein) which features completely voice activated gameplay! An amazingly crazy looking game! I hope they use this technology with a game stateside. It’d be really cool if they localized this but I doubt it’ll happen.

* THQ announces De Blob (The Blob) for the Wii and DS which is due for release in 2008. We got a video preview.

* A new video for Tekken 6 shows the first “VS Arcade” gameplay footage.

* Find out more details about the upcoming Call of Duty 4: Modern Warfare for the DS in an interview with the game’s developer.

* We review Brain Age for the Nintendo DS! How old is your brain?
* The latest Full Story video is for Resident Evil: Outbreak for the PS2. This includes all the cut-scenes in the game, including both the awesome opening and the ending, as well as gameplay footage.

* A new sequel to Dungeon Siege, called Space Siege, is announced as an action RPG for the PC in 2008.

* We have a video preview of Turning Point: Fall of Liberty for the PS3, Xbox 360 and PC this winter, a new alternate-reality WWII first-person shooter that has you defending the American homeland from a Nazi invasion.

* New details emerge for The Legend of Spyro 2: The Eternal Night on the Wii, Playstation 2, Nintendo DS, Game Boy Advance, and mobile phones. It’s scheduled for this autumn 2007.

* Two new video game studies find that the most popular game among both boys and girls is Grand Theft Auto and that games do not make kids more violent, but rather more social as they make friends with fellow gamers.