Home » Features » Resident Evil: Outbreak 1 videos guide walks you through the entire storyline, including boss battles, and shows all cut-scenes from beginning to ending

Resident Evil: Outbreak 1 videos guide walks you through the entire storyline, including boss battles, and shows all cut-scenes from beginning to ending 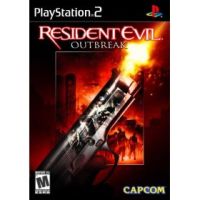 Resident Evil Outbreak 1 was released on the Playstation 2 in March of 2004 in the US and it made waves as the first online Resident Evil title. But the online was serverely hampered by the fact that the game did not support voice or text chat, instead players had to make due with pre-set voice phrases. Thus the game was not all it could be since real strategy couldn’t be done.

Like many games though, Outbreak contained some cool cut-scenes (The FMV intro is one of the best in the series in my opinion) and a somewhat interesting storyline that many people probably missed out on. So below you will find videos that give a complete walkthrough of the game’s storyline, from beginning to ending and showing all the cut-scenes in the game, it includes gameplay sections as well. Enjoy!
Below Freezing Point
The Hive
Hellfire
Decisions, Decisions