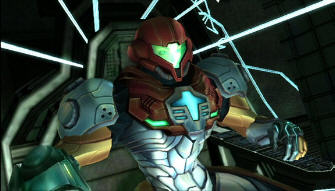 Metroid Prime 3: Corruption, the third installment of the hit trilogy, launches with motion-sensitive controls exclusively on Nintendo Wii this August 27th. That’s a one week delay in America.

Michael Kelbaugh, president and CEO of the FPS game’s developer Retro Studios, has said that “No [there won’t be an online or local multiplayer mode]. It’s something we talked about early on, but we only have so many resources. We opted to devote those resources to making a better single-player experience.” 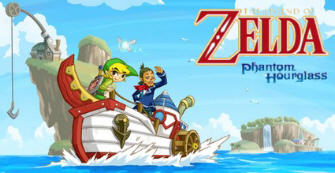 Launching on October 1st this year is The Legend of Zelda: Phantom Hourglass on Nintendo DS in America. That’s actually two weeks earlier than expected.

It’s complete with crisp 3-D cartoon graphics and local and online multiplayer battles over Nintendo Wi-Fi Connection. So they could add it to Zelda, but not Metroid, hmmm curious.