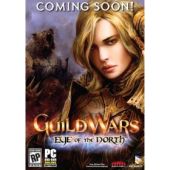 Guild Wars: Eye of the North, a subscription fee-free expansion pack, has been announced by NCSoft and ArenaNet for their Massively Multiplayer Online Role Playing Game Guild Wars. This follows on the heels of other fairly recent Massively Multiplayer Online Role Playing Game’s getting expansion packs (World of Warcraft with The Burning Crusade and Shores of Evendim for The Lord of the Rings Online).

Eyes of the North continues the story started in the original Guild Wars campaign and is set in previously unexplored parts of the continent of Tyria. New features include 18 multi-level dungeons, 150 new skills across the 10 Guild Wars professions, 10 new heroes, and new armour sets, weapons, items, and titles.