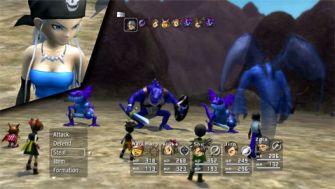 One of the biggest titles for the Xbox 360 is Mistwalker’s upcoming RPG Blue Dragon. And as Mistwalker director and Final Fantasy creator Hironobu Sakaguchi said previously in an interview, Blue Dragon has a release date of this August. But now, finally, we have a day to go along with that month.

Blue Dragon will be releasing in Europe first on August 24th, and then hitting the U.S. four days later on the 28th.

So get ready to fill those end-days of summer with some RPG gaming! I personally can’t wait to play Blue Dragon due to it’s standard RPG formula, a formula I’ve thoroughly enjoyed throughout the years, and with the power of the 360 (giving us incredible graphics) and the game’s concept, it looks like I’ll definitely enjoy this one.