Blizzard hopeful Starcraft Ghost will be revived in the future 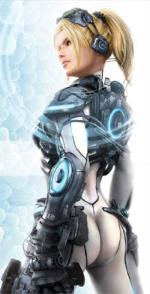 Blizzard’s third-person shooter action game Starcraft Ghost was moved from developer to developer twice, between it’s announcement for consoles in 2002, and before being put on hold “indefinitely” in March 2006. Blizzard vice president of game design, Rob Pardo, (the lead designer of World of Warcraft) talked at an MMO panel at the Hollywood and Games Summit. Discussed was that Blizzard being willing to cancel games that just aren’t working out, even six months after inception. To quote:

â€œOur most recent one was Starcraft Ghost. With that game we were very stubborn. I still believe in that game and the characters [the main character was a woman, Nova] but we were not able to execute at the level we wanted toâ€¦ Rather than work on that we had to focus on our other games. We’re hoping one day to return to it.â€

This doesn’t mean the RTS spin-off Starcraft Ghost is under development again, but as Nextgen mentions, the fact that itâ€™s still on Mr. Pardoâ€™s mind leaves hope to the drooling hordes of fans who were crushed when the game was cancelled back in March 2006. At the moment Blizzard has its hands full right now with a number of projects like Starcraft 2.

The main character of the game is a Terran Ghost (psionic espionage agent) codenamed Nova (aka Agent 12-862) in the employment of the Terran Dominion’s Nova Squadron. Nova’s role when the game starts is as an officer in the Terran Dominion, working for Colonel Jackson Hauler in his Ghost squad.

Nova swoops in to save Marines from the Zerg.
Thanks for the tip goes to Angelcurio.