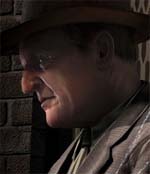 On June 11, 2007, publisher Take-Two Interactive re-confirmed exclusivity of their detective action game LA Noire to the PlayStation 3, in a press release regarding the Take-Two Q2 financial results.

Just four days later this was again contradicted by a spokesperson for Take-Two Interactive, who suggested that both Xbox 360 and PlayStation 3 releases are likely, stating: “LA Noire is being developed for next-generation systems.”

Officially it’s only In theory between now and the game’s release date in 2008, either Microsoft or Sony could buy (timed) exclusivity for the game. But with rising development costs it seems more likely this will entertain both PS3 and Xbox 360 gamers…