Home » News » Ken Kutaragi, the Father of the Playstation, has his last day of work at Sony Computer Entertainment

Ken Kutaragi, the Father of the Playstation, has his last day of work at Sony Computer Entertainment 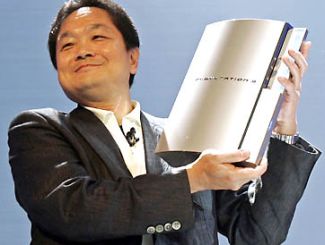 A new era has come for Sony as the Father of the Playstation, Ken Kutaragi, who announced his retirement last April, has his last day of work at Sony Computer Entertainment.

This isn’t surprising given the announcement of his retirement, but it is a bittersweet goodbye for the man who created the Playstation. Although he will continue to hold an advisory role at SCEI in Japan, much like the former President of Nintendo, Hiroshi Yamauchi, did after his retirement.

After helping Sony get into the console market in the mid-1990s, Kutaragi became widely known as the “Father of the PlayStation.” This was for the most part due to Sony’s original collaboration deal with Nintendo, for a disc-based add-on to the SNES, which was abruptly ended when the two sides were at odds and Nintendo chose to go forward with Philips instead of Sony. Which pushed Ken Kutaragi to produce the “Play Station” add-on into a full-on console of their own, which they would release in Japan in 1994 as the “Playstation”.

The Walkman maker soon challenged the Mario Factory for supremacy in the console market. The PlayStation 2, released in 2000, saw Sony become the world’s biggest force in gaming.

GameSpot’s “On The Spot” Tribute to Ken Kutaragi
As of 2005, the original PlayStation had sold over 102 million units worldwide, while the PS2 has sold over 120 million units as of May 30, according to Sony. In 2004 and 2005, Kutaragi also championed the release of the PlayStation Portable (PSP), Sony’s first handheld game system, which challenged Nintendo’s dominant Game Boy line and DS game systems.

But after years of being one of Sony’s most profitable divisions, SCEI experienced difficulties with the PlayStation 3 and it’s extremely high costs in both R&D and production. Production problems pushed back the platform’s launch to November 2006 in Japan and North America and March 2007 in Europe. And then subsequent sales of the comparatively expensive console have been far behind that of its competitors, with the Wii outselling the PS3 4-to-1 in the US last month.

In many cases, Kutaragi was personally blamed for the PS3’s woes. A November Newsweek report claimed his “slowness” to negotiate with publishers which led to Ubi-Soft’s Assassin’s Creed and Rockstar’s Grand Theft Auto IV switching from PS3 exclusive to also being released for competitor Microsoft’s Xbox 360 platform. Sony CEO Sir Howard Stringer told the Wall Street Journal in March that he found Kutaragi “uncommunicative” and had struggled to earn the executive’s trust. Which is never a good thing in a corporation . . .

It’ll be interesting to see how Sony Computer Entertainment moves forward after his absence. In Nintendo’s case the company, under the ruling thumb of Satoru Iwata as President, became hugely successful with the Wii and DS, and due to his leadership. So now that it’s run by Kaz, it’ll be fun to watch how the company may change in time. — Via GS