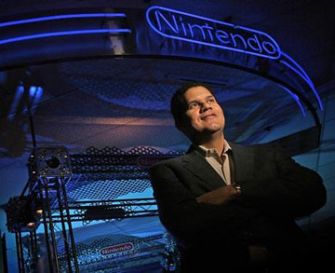 A Nintendo short-film depicting Wii at the center of a cosmic battle between benevolent and malevolent forces earned top honors at the inaugural Nintendo Short Cuts Showcase.

The winner, New York-based filmmaker Jack Paccione Jr., gets $10,000 in cash to put towards his next film, a Wii system, a Nintendo DS Lite, Nintendo games and a “power lunch” with Tribeca Film Festival co-founder Craig Hatkoff.

His flim, called Good vs Wiivil, will also get an exclusive screening, along with the second and third-place winners as part of the Tribeca Drive-In Short Film Series at Top of the Rock, at the Observation Deck at Rockefeller Center.

The 10 finalists can be viewed at www.nintendoshortcuts.com, where visitors continue to vote for their favorites. Each of the nearly 200 Nintendo Short Cuts entries from across the U.S. were judged on their originality, creativity and uniqueness. Filmmakers were required only to make their entries Nintendo-themed in some way. Clips included everything from mockumentaries and love stories to animated tributes and wild live-action parodies.

“The enthusiastic response to the Short Cuts Showcase proves that users’ love for Nintendo characters and culture extends far beyond their game systems,” says Nintendo of America President Reggie Fils-Aime, who served as a contest judge. “Fostering creativity has always been a huge part of the Nintendo experience. Nintendo fans are some of the most passionate and imaginative people on the planet, so it was no surprise to see such a wealth of inspired submissions.”

“There was a great pool of finalists,” Kwok says. “It’s amazing to see people be so creative in such a short period of time. It shows in the work that the filmmakers had a fun time making them as well and I’m sure visitors to the Tribeca Drive-In Short Film Series at Top of the Rock will enjoy them as much as I did.”

“I was impressed not just by the quality of the films but also by the different ways the participants chose to represent the games themselves, from film noir to Zelda re-created with humans,” Harris said. “A tremendous amount of originality.”

Nintendo Shorts Showcase movie “True Nintendo Power”
Runners-up in the competition included Second Prize winner Marc Duddleson of Monroe, N.C., whose animated Koopa Force short sets the stage for an epic Mario-based battle in the form of a movie trailer. Christopher Preksta of Pittsburgh took Third Prize for The Nintendo Office, incorporating a host of classic Nintendo characters into what life might be like at Nintendo HQ. Both Duddleson and Preksta will be awarded a Wii and a Wii game. Seven additional finalists will receive a Nintendo DS Lite and a DS game. They are:

* The Blue Light Zone: Eye of the Mii-holder by Will D’Angelo of Las Vegas
* The Legend of Zelda: The Missing Link by Eric Esteb of Seattle
* The Killing of a No Good Goomba by Cole Evans of Austin, Texas
* Pretendo by Joshua Mills of Jamestown, N.C.
* All My Systems by Lee Terwilliger of Lackawanna, N.Y.
* Nintendo News Network by Adam Stackhouse of Williamsburg, Va.
* The Last Wii by Sean Schleifer of Sterling, Va.

I urge everyone to go watch these movies, they are often hilarious and extremely well done! The one above was great, and I think it’s wonderful that Nintendo decided to do something like this to highlight the creativity that Nintendo fans have. So kudos to Nintendo!