When Bungie started the Halo 3 Multiplayer Beta on May 16th last week, I bet they didn’t expect modders like the 7th Columnist to go through the Beta’s source code and discovering some carefully hidden secrets from Halo 3! Please be aware that none of these are official until confirmed, but it should be obvious the beta is a build of the game incorporating many of the features/code from the final game.

Going through the list of onscreen text the blogger discovered this text for the party menus: “The game cannot start because all players are set to observer. Too many players for splitscreen. Only 2 players may play splitscreen coop on the same Xbox 360 console. The party size is too large to start the game. Up to 4 players may play coop on Xbox Live or System Link. Loading information from Xbox Live.” 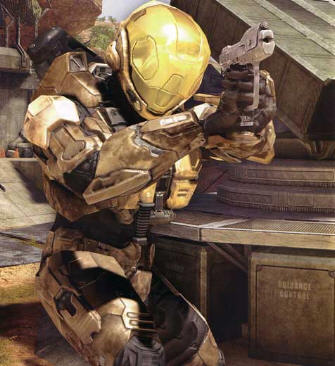 New Halo 3 custom armor types list: Cobra, Intruder, Ninja and Regulator seem to be new armor types available for Spartan use in multiplayer, with the standard default Mjolnir selectable too. What’s interesting is that separate armor parts are listed for each of these new types also. Helmet, left and right shoulders, and body are all listed separately suggesting players will be able to mix and match parts essentially building their own Spartan. Similar listings are included for Elite use with fewer options than the Chief, Elite players are offered the choice of new Predator or Raptor types, or the standard default.