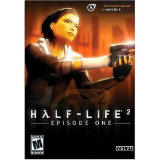 To quote Gabe: “The original Half-Life took us two years to develop. With a considerably larger team Half-Life 2 took us six years to develop, so we thought if we were going to continue our trend with Half-Life 3 we would basically ship after we had all retired.

We’re trying to come up with a better way of getting more timely updates to our customers and also come up with something that didn’t have the complexities. Projects increased logarithmically with how much we tried to do, so if you tried to put twice as much content or technology into a box it ends up taking you four times the amount of work, right, and so we’re trying to figure out a better solution.

We left Half-Life 2 on a cliffhanger …[spoiler break]… with the Citadel blowing up, Alyx is a couple of feet away from the explosion, so what’s going to happen? People were pretty clear that they didn’t want to have to wait as long as they had previously to find out what happened.

Probably a better name for [the three Half-Life 2 Episodes arc] would have been Half Life 3: Episode One, but these three are what we’re doing as our way of taking the next step forward, but Half-Life 2 was the name we used… 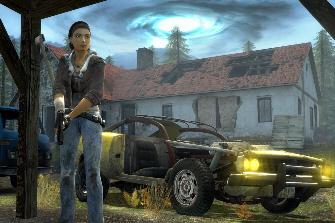 A big focus [in Episode One] is Alyx, both from a storytelling perspective and from a gameplay perspective. We really liked her as a character, and the fans did too, so we wanted you to be spending a long time with her, and seeing how far we could push this notion of single player co-op. Being in this world with someone who’s operating pretty intelligently and acting more as an ally, rather than this dumb collection of polygons that sort of troops around and gets in your way.

The arc of the trio of episodes is also about the G-Man. He appears briefly in Episode One, and we’ll get more info on him later. If you think of Half-Life 1 as the G-Man trying to turn you into something that was useful to him – the transformation of the player into hero. And then Half-Life 2 was about how he was using you.

Despite these revealing comments, fans are still dying to see the Half-Life series continue after the 3 new episodes, that much is evident from fake Half-Life 3 photos like these: 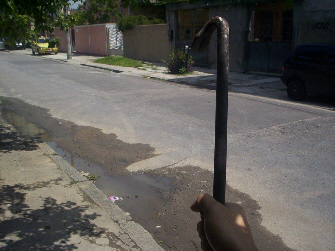 Update June 2010: An anonymous source says Valve’s “surprise” at E3 2010 will be the unveiling of Source Engine 2. Supposedly Valve will be showing Half-Life 3 running on the new engine. That is how they’ve done it with past versions of their Source engine: Half-Life 1 was shown running on GoldSource, and Half-Life 2 and Counter Strike were shown running on Source back in June 2004. This may have been behind closed doors.