Project Rygar for 2007 and Tecmo Bowl 2008 announced by Tecmo

Tecmo held an event in Tokyo, Japan, today to show off some of their new upcoming games like Tecmo Bowl 2008! Sadly no other details are known about that game, except that Mr. Inaga, Vice President of Tecmo, took the stage and said: “Tecmo Bowl is not going to be on the platform you’re probably thinking of.” 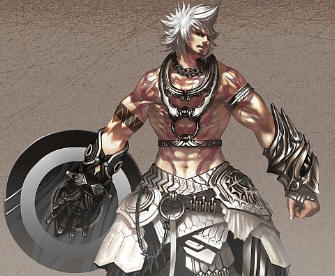 During “Tecmo’s Nite Out 07” producer Keisuke Kikuchi from High Energy Production introduced a another new game. Mr. Kikuchi was producer of many titles like Fatal Frame, Gallop Racer and Super Swing Ball and Pangya Golf. “Now, I’d like to try a new challenge this year” he said as he showed a trailer of Project Rygar. No game footage was shown, only character art and other concept work. Project Rygar is exclusively for the Wii.

Based on the classic NES/Arcade game, this game is not a port of the PS2 sequel and instead Project Rygar starts the franchise anew with new characters and settings. Mr. Kikuchi wants to make a game that people can easily get into through the Wiimote, and the Wiimote will be your main control device for Rygar’s Diskarmor.

Project Rygar is expected to be released later this year. The motto of the title is: “New Hero, New Enemies, Swing Action. For the Nintendo Wii.” The director hopes to be able to show more of Rygar some time this year. — Via IGN