Home » News » Time to crush that DS or PSP with Boulder Dash-Rocks!

Time to crush that DS or PSP with Boulder Dash-Rocks!

10tacle Studios and First Star Software announced a sequel to the 80s cult classic Boulder Dash, the new arcade puzzler is titled Boulder Dash-Rocks! Hero Rockford is given a new look, logo and in-game graphics. Boulder Dash-Rocks! is due for release on both platforms in the fourth quarter of 2007.

The gameâ€™s main objective and game physics remains unchanged: the player has to collect a certain number of diamonds while avoiding falling objects, traps and besting enemies in order to open and discover the exit, before time runs out. Of course there are a number of helpful tools made available to players such as bombs or laser guns which can be loaded with different types of ammunition. These lasers provide the player with different temporary powers, such as the ability to freeze enemies, destroy boulders and even pull diamonds and other distant objects towards the player. 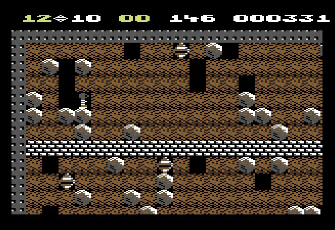 In addition to the classic single-player mode, presented in several different worlds, Boulder Dash- Rocks! offers a multiplayer mode as well as three additional game modes for a total of five play modes for each version. The two new game modes new to the Boulder Dash series aren’t explained, but one of which has been custom designed for each of the DS and PSP versions of the game.

This could be great, fingers crossed they’ll include online multiplayer. I remember being completely hooked on the Commodore 64 version! — Classic picture via BD fansite