Set on the battlefields of World War III, Tom Clancy’s EndWar will push the envelope of technology, showcasing artificial intelligence, graphics, physics and animations that were not possible prior to the launch of the new hardware systems. Tom Clancy’s EndWar has been built from the ground up as a revolutionary war strategy game (RTS) solely for next-generation consoles. 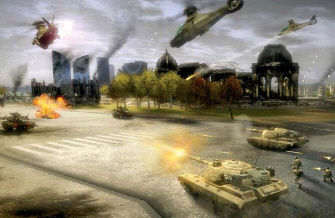 “Our development teams are invigorated to be creating the first 100 percent next-generation Tom Clancy brand,” said Serge Hascot, chief creative officer at Ubisoft. “Our success with Tom Clancy franchises is unparalleled in the next-generation and Tom Clancy’s EndWar will be a marvelous addition to the already critically acclaimed library of games. A strategy game like no other, EndWar will allow gamers to lead their own armies against hundreds of others online in real global locations on the massive battlefields of World War III.”

You can find the EndWar teaser site at Rev64.com. 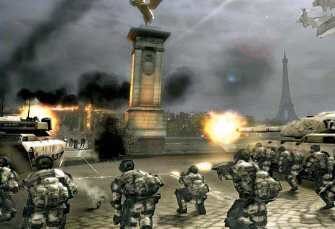