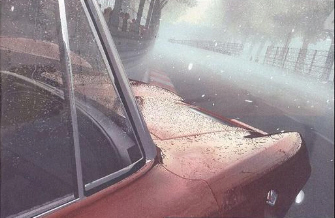 Bizarre Creations’ Project Gotham Racing 4 (PGR4) was revealed last month as having a release date set for winter 2007 and as you can see from the above real-time screenshot, it’s bringing the weather to match. That’s no photo mode (as it’s not implemented in the alpha build yet) nor is it CG, it’s free-cam footage taken during gameplay.

Forumer Mastah made a list of all the latest magazine info:
* In career mode you choose events from a large map similar to the “tree” in Ridge Racer.
* Driving model doesn’t change fundamentally, but drifting is a little easier.
* It’s more difficult to spin an opponent’s car by hitting the back of it.
* You can create online cups.
* 200 Courses.
* Shanghai has the longest straights in MSR/PGR series plus wide roads and loose corners.
* Puddles on the road while raining, ruts when it snow.
* Menus aren’t static as in PGR3, they’re now red-white and SSX-style.
* Intro is short, but very dynamic.
* After finishing cars do donuts.
* When you’re doing great drifts on screen a status appears like Sweet, Dude, Awesome.
* Specs are 720p, 30FPS, better textures and dynamic lighting.
* Every car is build-up with 70,000 to 100,000 polygons.
* In-car camera is hanging a bit lower than in PGR3.
* More polygons on drivers, because of… [they aren’t telling the secret yet, maybe vision camera will be used to put your face in the game?]
* More spectators on tracks, they’re more interactive, better animated, and waving national flags.
* Up until now the PGR series had bad luck, PGR was a launch title on Xbox, PGR2 was developing while Xbox Live debuted, PGR3 was an Xbox 360’s launch title but now with PGR4 Bizarre could focus on gameplay, not on the technical aspects and new technologies.