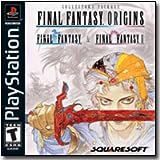 Looks like my Final Fantasy 1 review was just on time.

Today Square Enix announced that they are commemorating Final Fantasy’s 20th anniversary by bringing updated ports of Final Fantasy I and Final Fantasy II to Sony’s Playstation Portable (PSP) handheld, where they will be released as separate titles (previously they have been released together, on both Game Boy Advance and Playstation One). 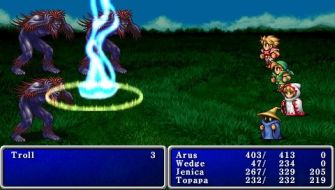 The anniversary editions will feature new artwork for enemies, bosses and the various character classes (both the in-game artwork and box-artwork is different), enhanced graphics that are much sharper and clearer than ever before, new dungeons (Does this mean different dungeons than the “Souls of Chaos” dungeons in the GBA versions?), an “updated camera view” (whatever that means . . .), and a 16:9 aspect ratio to fit the new PSP screen nicely.

“So much has changed within the video game industry since the first console was launched, and Final Fantasy has always pushed the envelope, creating the most advanced graphics and immersive storylines possible,” said Executive Producer Shinji Hashimoto. “It is amazing to see how far Final Fantasy has come in the past twenty years, and we cannot wait to continue bringing fans more Final Fantasy titles in the next 20 years.”