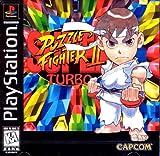 Super Puzzle Fighter II Turbo HD Remix downloads Capcomâ€™s incredibly popular puzzle game into the new generation. This fall, Super Puzzle Fighter II Turbo comes to Xbox Live Arcade, PlayStation Network and PC in its greatest incarnation to date. The new version of the game features newly created 1080p HD graphics, several new game modes, improved game balance, new stage backgrounds (by Udon Entertainment) and online play.
The Capcom arcade classic receives a whole new look as Super Street Fighter II Turbo HD Remix comes to both the, PlayStation Network and Xbox Live this fall. Capcom will maintain the integrity of the popular game by utilizing the original game code while upgrading the graphics with new artwork and high resolution 1080p images. All of the art, from character animation to stage backgrounds, will be completely redrawn by Udon Entertainment, the company responsible for the official US Street Fighter series of comics. Super Street Fighter II Turbo HD Remix will include both online and offline competition for one to two players. 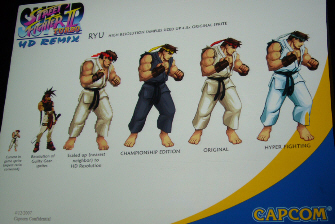 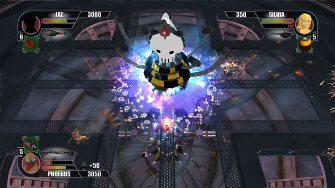 In this arcade shooter, players will join the heroes of the Alliance of Free Planets in their white-knuckled, frenzied struggle to free the Solar System. Up to four players will be able to cooperatively shoot their way through multiple levels, powering up their weapons, picking up bonuses and laying waste to anything that moves.

Based on Games Workshopâ€™s classic board game, Talisman is the quintessential fantasy hybrid board/role-playing game for up to four players, either online or offline.

The game takes place in a fantasy realm and is based very closely on the board game through a 3D representation of the map with animated productions. Players scour dungeons, attack other creatures, cast effects-laden spells and use magical items and weapons to enhance their actions. Talisman will be rolling its way onto Xbox Live Arcade, PlayStation Network and PC in Q4 2007, while the highly anticipated 4th Edition of the board game is due for release from Games Workshopâ€™s Black Industries imprint in winter 2007.