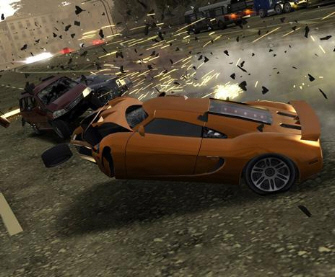 Criterionâ€™s director of design, Alex Ward assured Gamepro that Burnout 5 (a working title only) will still be the racing game so many have come to love. “Burnout has always been about driving like a madman through traffic, and that hasn’t changed at all.” But, he said, “if we just made Burnout Revenge again on the PS3 and Xbox 360, no one would be satisfied with that-least of all us. [Burnout 5] is still based on the premise of driving like a maniac and crashing your car. But it’s got some significant differences.”

That difference would be one seamless racing world instead of separate courses. It turns out this one city is the size of 15 regular Burnout courses.

Burnout 5 may be released on both the PS3 and Xbox 360, but for the Criterion team, the PS3 version will be a huge focus. 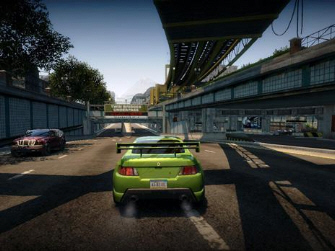 While Ward did say, that it was simply to early to be able to accurately predict exactly what would be in either release, he noted that the team is attacking the PS3 with the same frequency they did the PS2 – one hell of a lot 1080p over HDMI, for instance, just isn’t possible on the Xbox 360 at this point, although its a foregone conclusion on the PS3. The PS3’s Sixaxis Controller will provide additional control options the Xbox 360 doesn’t have. Plus, the PS3’s advanced processing capabilities make it particularly suited for the physics intensive crashes that are going to be taking place.

Don’t take these words from developer Criterion the wrong way Xbox 360 fans, because (unlike PS3 gamers) at least while racing you’ll get rumble feedback! 😛 All differences aside, both versions will also feature camera support in gameplay. — Via N4G