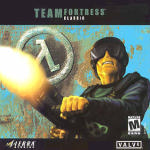 German gaming magazine PC Action had some new details on Valves Half-Life 2: Episode Two pack-in Team Fortress 2. Thanks to Gamedrift for the translation. We’ll start out with some general new tidbits and then move on to in-game classes, their weapons, and finally maps & gameplay.

General:
* There won’t be “normal” grenades anymore. Valve thinks that they unify the different classes too much.

* Unlike in Fortress Forever, teleporters are kept in Team Fortress 2. The ammo dispenser will make a comeback as well.

* There will be a personalized statistics system. For example, you could see an in-game message like “Hey, you’ve never played your class as well as today – keep it up!”

* Valve thinks that classes in other games are a joke. “Where’s the difference between me choosing a M16 or an AK-47 rifle?”, asks Robin Walker.

* It would be technically feasible to let owners of a PC, Xbox 360 and PS3 play against each other. Whether this feature makes it into the final game is still uncertain and depends on Sony and Microsoft.

* Owners of multicore processors will get additional, undisclosed, graphics details.

Classes:
* The Scout can perform a double jump, as known from the Unreal games. That is, he’ll be able to jump a second time while in the air.

* The Medic can heal team members from long distances, as long as they are in sight. Furthermore, he can make himself and his patients invulnerable for 10 seconds.

* Every class has a unique close-combat weapon. Even the secondary weapons differ from each other often times.

Maps and Gameplay:
* Apart from 2Fort, there’ll be a remake of the Well map.

* There will be completely new maps for the game mode “Territorial Control”. It will be randomly decided which area of a map is supposed to be conquered and the team in possession of that area will assume the role of defenders.

* There will be trains rolling through the map Well, which should be avoided by players.

* Capture The Flag becomes Capture The Documents. Instead of capturing a flag, you’ll have to capture a briefcase from the opponent’s base.”

You PC, Xbox 360 & PS3 gamers will have to wait until the end of 2007 for all this multiplayer goodness.