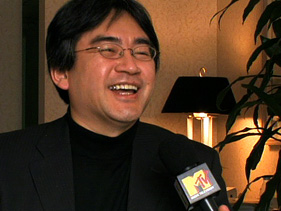 Go Iwata go! Financial magazine Barron’s has named the 47-year old Satoru Iwata as one of the top 30 CEO’s in the world.

Thanks to the break out success of the Nintendo Wii and the Nintendo DS (not to mention numerous game titles like Brain Age), Nintendo is once again in the spotlight and leading the charge for how to do things right in the game industry. And Satoru Iwata has been instrumental in their success the past few years causing Nintendo’s stock to rise 82.5 percent over the last year!

This puts Iwata in some very esteemed company, which includes the likes of: Apple’s Steve Jobs, News Corp.’s Rupert Murdoch, and Berkshire Hathaway’s Warren Buffett. The list was not ranked btw.

To be considered for Barron’s list, CEOs had to be in their post for at least three years (Iwata became Nintendo’s CEO in 2002). The magazine touts the “strikingly innovative” Wii and Brain Age: Train Your Brain in Minutes a Day as reasons for Nintendo’s 82.5 percent rise in stock over the last year and quotes Iwata as saying, “We are not fighting against other companies–we are fighting against ignorance of video games.”