Having just closed out the Game Developers Conference with a performance of his touring game-music concert series, GameSpot caught up with Video Games Live cocreator Tommy Tallarico for a short chat. Tallarico answered questions in between signing autographs for fans and telling them about the most requested additions to the series (Chrono Trigger and Metroid, incidentally).

During the chat, Tallarico discussed the growth of Video Games Live, past setbacks and concert cancellations, working with Square Enix to get Final Fantasy music on the program, and his other game-related ventures.

GameSpot (GS): Are you pleased with Video Games Live in general and its growth?

Tommy Tallarico (TT): Absolutely. We started doing this five years ago, before anyone else in the US. It took us three years to build this show and we’ve been touring it around the world for the last two years. But the toughest part, the toughest challenge is raising awareness for what it is. It’s hard to put in words, or on paper in two or three lines, exactly what it is. You have to come and experience it.

GS: You guys definitely had some growth problems, like you had to cancel a few shows…

TT: In the summer of 2005 we partnered with Clear Channel, and when we had our first Hollywood Bowl show we had 11,000 people there. And so everyone thought it was going to be a huge thing right out of the gate. But we marketed the Bowl show for six months, and got 11,000 people. So after 11,000, they said, you know what? Let’s put on 25 cities, and start the tour in six weeks. And because of that, the growth wasn’t [great], because no one else around the world knew what it was. So because of that, we learned a really important lesson: just because it has video games in the title, and because we did our first show at the Bowl, doesn’t mean it’s going to be a huge success coming out of the gate. 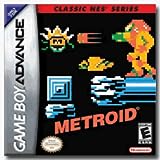 But it takes a lot of marketing, a lot of raising awareness, and that’s why you’ll notice [with] our shows we spend months and months in each city before we come to it. Here in San Francisco, we have TV commercials and radio ads and newspapers and things like that. So after Clear Channel backed out, we had the company 100 percent again, so we’ve been doing it on our own ever since those cancellations. It wasn’t our fault that it was canceled before, so we made a promise we’re never going to [cancel] again. And once it got canceled I think a lot of people would have packed up and went home and said, “Oh well, it didn’t work.” But we knew the concept was amazing.

GS: And you guys had the control 100 percent once again, so you could do whatever you want.

TT: Exactly. And we believed in it. Even when everyone just canceled it, we were like, “You know what? We believe in this thing.” And here we are, two years later, 25 shows later, and we got 40 shows this year. So it’s been heart-warming and incredible. But it’s still a challenge.

GS: Was there any piece of music that you were particularly proud of getting? Anything you were trying to go for?

TT: It took us a while to get the Final Fantasy stuff for the show. Again, I think you have to prove yourself to Square Enix because they have a very limited…

TT: Yeah, strict licensing. They don’t let anyone at all–no concerts–use video except their own, which they haven’t done in couple of years.

GS: The Dear Friends series and the More Music from Final Fantasy concerts?

TT: Yup, yup. But no one else has the video, so we’re going to keep asking and keep trying, but you know what? Like I said on stage, that music’s so good that you don’t even need video. It’s unbelievable.

GS: It’s also amazing that they had the concert right here [at Nob Hill Masonic Center] two or three years ago.

GS: Where do you see VGL going from here? Obviously more concert dates?

TT: We did three shows our first year, 11 shows in 2006, and we’re doing about 40 shows in 2007 all over the world. We’re going back to Brazil. Last year we did Brazil and London, this year we’re doing New Zealand, Brazil, all of Europe.

GS: You have the venues all arranged for that and marketing in place?

TT: Yup, we haven’t announced all the dates yet, but we’ve announced about 20 dates so far, and we still have about 20 more to go. And then in 2008 we’re doing about 100 shows. So you can see how every single year it’s just growing and getting bigger and bigger. It’s like Cirque du Soleil, right?

GS: [Laughs.] So what kind of work are you doing for yourself now? Is it all VGL stuff, or are there other things?

TT: It’s mostly Video Games Live and still filming the TV shows, Reviews on the Run and The Electric Playground, and I also run the Game Audio Network, a nonprofit organization.

GS: You’ve been doing that for a bit, right?

TT: Yeah, six years. And so I haven’t taken on any projects this year because of the tour. But Video Games Live takes about 80 percent of my time. –END