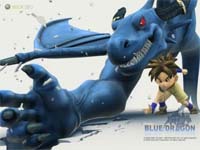 In a pre-Game Developers Conference meeting with 1UP, Final Fantasy creator Hironobu Sakaguchi revealed the first RPG from his Mistwalker Studios now has a release date. Blue Dragon will be released in America in August 2007. He also announced Blue Dragon has plans for downloadable content including a new dungeon.

Blue Dragon has a European release date in September 2007. Where the Mistwalker RPG will come fully localized in 5 different languages for Europe: French, Italian, German, Spanish and English, and two of the Japanese version’s title songs will be translated into English. 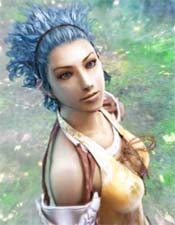 A surprise announcement was that the second RPG from Sakaguchi’s Mistwalker Studios, Lost Odyssey will be released this Christmas simultaneously in Japan and America.

Lost Odyssey seems to be more targeted toward a Western audience, which would explain the simultaneous release. Some of the proof of this can be found in Lost Odyssey’s lip-syncing; the game is being lip-synced with English actors and the Japanese will be dubbed.

During an Evolution of RPGs roundtable discussion at the Game Developers Conference, Final Fantasy RPG creator Hironobu Sakaguchi was asked about the importance of massively multiplayer games (MMOs). He mentioned he helped working on the online MMORPG Final Fantasy XI and that he would like to speak with Microsoft’s Shane Kim about doing an MMO for Xbox 360.

Sakaguchi asked Shane Kim directly: “Please Shane, I want to make one.” To which Shane jokingly said, “Yes.” Peter Molyneux then chimed in, “Can I do one as well, Shane?” 😛