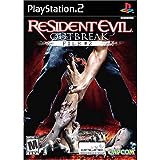 First Konami takes Metal Gear Solid 3 offline and now Capcom announced that the server for their PlayStation 2 online game Resident Evil Outbreak: File#2 will be closing at the end of March 2007.

Since Resident Evil Outbreak File #2 was released in April 2005 in America and August 2005 in Europe, Capcom has provided a server enabling gamers to experience the online element of this game free of charge. File 1 will remain online!

To quote: “Regretfully, conditions now dictate that we must close down this server effective from March 31, 2007. Naturally it will still be possible to play the game offline, but the online component will no longer be available.

We would like to take this opportunity to thank all of those who have been loyal members of the RE Outbreak community for the past months.”