In late 2006: In a Weekly Shonen Jump (Japanese manga magazine) interview with Nomura, the Kingdom Hearts creator expressed interest in a possible international version of Kingdom Hearts II, although there were no definite plans. He said that should a “Final Mix” version arise, he has a “trump card” in mind, with such features as the Mushroom Heartless found in the first Kingdom Hearts. In September 2006, Square Enix announced they would develop Kingdom Hearts II Final Mix+ for Japan, featuring new scenes and gameplay elements. 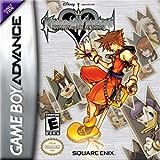 The first half of this ‘story video’ is in Japanese, but the second half of the 8 minute video is spoken in English.“Don’t you want to know the truth, about who you really are?”

Update July 31, 2008: A new rumor has popped up that claims America is getting the 3D PS2-version of Chains Of Memories as a standalone or packed with Kingdom Hearts 2 in Final Mix+. Apparently Square or Disney have been auditioning tons of people for the last few weeks to get the voices of the Organization XIII members (Vexen, Lexaeus, Zexion, Marluxia, and Larxene) saying the game is Chains of Memories.