Yesterday we posted an interview with the Star Fox Command producer Takaya Imamura in which he didn’t just talk about the DS game, but also revealed it had its strategy roots from the unreleased SNES game Star Fox 2, in which he’s credited with a special thanks. That’s the sequel to 1993’s SNES game Star Fox, which was the first to use the Super FX chip that accelerated the new polygon 3D graphics at the time. But what if I told you that unreleased SNES game was fully completed in 1995? It’s true, programmer Dylan Cuthbert said this as well as mentioning some of the ideas and gameplay were salvaged for 1997’s Star Fox 64. 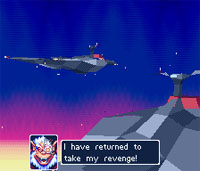 Of course that’s not what we want to hear that parts of the game made it into two other games in the series. That’s why it’s interesting to know the completed Japanese Star Fox 2 (which already had English voice acting) was leaked, dumped from a proto cartridge, and put on the internet. Aside from the fact that Nintendo MUST release Star Fox 2 for fans dying to play the game on the Wii’s Virtual Console, let’s avoid the legalities of the leaked version that would otherwise be lost in a vault, and talk about a 2004 fan-made translation patch for Star Fox 2 that changed the 3D shooter from Japanese to English text and removed the non-functional bits and debug functions so emulators could simulate a finished game.

The storyline once again calls on Fox McCloud and the Star Fox team to defend their homeworld of Corneria against the attacking forces of Andross. Watch the game from start to end in 47 minutes below, or see a bigger Star Fox 2 walkthrough movie here.

For a comparison to see how much the sequel improved the series, watch a playthrough of the Star Fox 1’s first level:

Since Star Fox Command is seen as a semi-remake of Star Fox 2, take a look at the Nintendo DS game’s trailer: