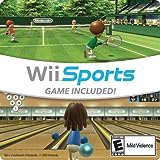 Nintendo just announced its quarterly sales for the end of 2006. Sales for the 9 months were up 72%, while net income was up 43%. They have a war chest of $7.1 billion in cash, down from $10.86 billion a year ago due to the weak Dollar ($1 is a mere 115 Yen after conversion). Thanks to extremely strong Nintendo DS sales and the successful launch of Wii, operating income went up 102.5% and Nintendo expects record financial results through its fiscal year, which ends March 31, 2007. Nintendo announced these numbers:

* Worldwide shipments of 6 million Wii systems by the end of March 2007.
* Nintendo manufactured 4 million Wii systems by the end of 2006 and during that time sold and delivered 3.19 million to its distributors and retail customers around the world, the other 810,000 are slowly arriving at stores now. So they expect another 2.81 million to be sold in the first three months of 2007.
* Nearly 1.4 million Wii systems have connected to the Internet worldwide, as of yesterday.
* About 1.5 million Virtual Console games have been downloaded and sold to customers worldwide, as of yesterday.

On the dual side of financials the numbers show: 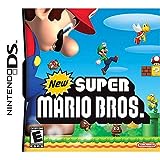 * Nintendo has sold 35 million DS and DS Lite to date, meaning so far 18.88 million have been sold this fiscal year and they expect another 4.12 million to be sold in the first three months of 2007. As for the next fiscal year, Nintendo expect to sell around 23 million DS Lites, bringing the estimated total of DS units to 58 million by March 31, 2008.
* Sales have been led by New Super Mario Bros. with 8.64 million copies sold worldwide, and the continued strong sales of Brain Age and Nintendogs.
* More than 3.5 million unique users have enjoyed online play on Nintendo Wi-Fi Connection for Nintendo DS, with far more than 100 million connections to date.
* During the first nine months of the current fiscal year, consolidated worldwide shipments of 19 software titles for Nintendo platforms reached or surpassed 1 million units. These include 13 Nintendo DS titles, three Game Boy Advance titles, and three Wii titles. — Press release via Mercurynews and official numbers via Nintendo Japan.