If you are receiving Gears of War as a present this holiday season, the fact that other people have been playing online for a few months could be intimidating. Thus Gamerscoreblog gave a few tips to the newbs/newbies/n00bs that they’ve picked up in online matches. Hopefully these tips will help you folks get over some of the initial learning curve.

Here’s the list:
* Teamwork is key: Stick together, and use voice-chat to update teammates as to which weapons you have, and where you see enemies. Don’t be a hero and run off by yourself or you will quickly get killed, and your teammates will be mad at you.
* Initial dash: Most matches start off with a mad-dash to the weapons. During this time, plant your strategy (who’s getting which weapon, what routes will you attack, etc) If you don’t know the maps, tell your teammates that, and follow someone else until you learn them.
* Learn to retreat: If you are in a bad situation, get out. Use the Roadie-Run (“A” button), and steer while running to get back to your teammates or cover. You will usually lose a fight if it’s 2-on-1. 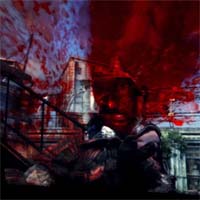 * Animations: While someone is chainsawing (or being chainsawed) they are invincible to most weapons (head-shot via sniper rifle seems to still work), if they are chainsawing your pal, and you have the lancer, rev your chainsaw and stand behind them – as soon as their animation is done, you will kill them.
* When to revive/execute: If you and a pal are fighting 2 enemies up-close, and they kill your buddy, your first instinct is to revive him – don’t. Wait until it’s safe, or they will simply kill you both.

As they say, don’t get frustrated as a Gears of War newbie. Ask questions, or play with your pals in Multi-Player matches. In the end a chainsaw kill will make it worth the learning curve! 😉