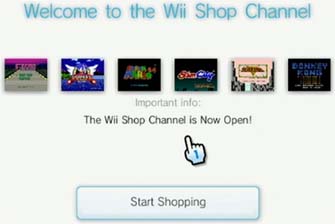 Three weeks ago Nintendo announced that the below listed classics would be available on the Wii’s Virtual Console download service in 2006. Games up on the service right now are listed, with the upcoming games bolded to show which will be arriving every Monday spread out over 2006. For unexplained reasons the TurboGrafx 16 games were missing completely.

November 21 update: As Nick mentioned in a comment, Hudson just added two games to the Virtual Console Turbografx 16 section. Here’s the press release: “Hudson Entertainment is announcing that its TurboGrafx games are now live on Wii Virtual Console. The two launch titles are Bomberman ’93 and Bonkâ€™s Adventure. Other titles that were previously announced will be rolled out over the next few weeks, which include Super Star Soldier, Victory Run, and Dungeon Explorer.”

As orginally reported a week ago (thanks for the correction Rob & Bking), the Wii system will support TurboGrafx games that originally had 5 players multiplayer modes. These games include Bomberman ’93 and Dungeon Explorer.”