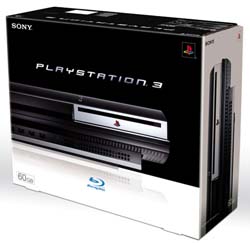 But how about some good news? iSuppli‘s dissection (check their details schematics) reveals the PS3 is an engineering masterpiece that sets a new high mark for computing price/performance, even when considering it is more expensive than its nearest rival, Microsoft’s Xbox 360.

Sony is taking a considerable loss on each PlayStation 3 sold. Materials and manufacturing costs for the 20Gbyte model exceed the suggested retail price of $499 by a total of $306.85, iSuppli’s Teardown Analysis service estimates. For the 60Gbyte version, costs exceed the $599 price by $241.35.

The conclusion is that the PS3 is not so expensive after all.

Even when compared to the competition, the console provides more processing power and capability than any consumer electronics device in history. Because of this, the PS3 is a great bargain, well worth its $599 price.

There you have it then, too bad you won’t be able to easily buy one due to massive shortages the rest of the year.