Nine days until Sony’s PlayStation 3 launches in America, and lines are already forming. A CAG forumer went to Best Buy this morning and saw about 7 people waiting outside. He went inside and one of the workers told him that they had been there since Monday. He immediately pondered: “Do these people have no lives?”

Of course the life of the waiting-in-line-for-almost-two-weeks PS3 fans isn’t made easier by a bunch of people coming to Best Buy and making funny remarks like: “I hope you guys brought enough food!” Another one said, “Where is the line for PS4? Is it on the other side?” 😛 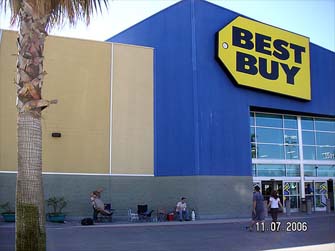 I wonder what life would be like if you had almost two weeks to just wait and do nothing. Do they take a holiday for this, or are they unemployed, at least the latter would make some sense, they could sell their PS3 on eBay. But these seem like PS3 fanboys, and die-hard ones at that. Hopefully for them they won’t be disappointed on November 17. 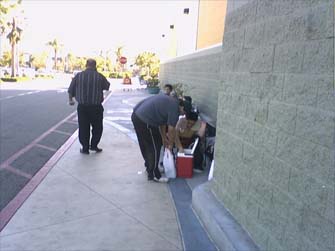 And because those lines aren’t that interesting, we’ll add the two latest PS3 commercials for your viewing pleasure.

After the rubix cube it makes sense eggs follow…