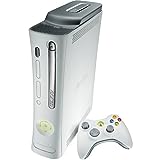 Microsoft announced they’ll bring an initial lineup of more than 1,000 hours of hit television shows and movies to Xbox 360 consoles in the U.S. Additionally, Xbox 360 will be the first gaming console to bring standard and HD TV shows and movies to the customer via digital distribution over the Internet.

Beginning on its first anniversary, November 22, Xbox 360 will become the first gaming console in history to provide HD TV shows and movies directly to gamers in their own living rooms. Xbox 360 gamers will be able to download full-length TV shows to own, and will be able to rent movies via download from Xbox Live.

Television shows will be sold in much the same way that Live Arcade games are. After purchasing them with Microsoft points, owners will begin downloading them and will own the show. That means they can delete it off of their hard drive and download it at a later date without having to pay for it again.

Movies will be output in a rental format. This is necessary in part due to the limited space on an Xbox 360 hard drive and the massive size of an HD movie. The standard definition movie we were shown clocked in at 1.2 GB while the HD version of the same movie was nearly four times as big at 4.7 GB. Once you download a movie, you’ll have 14 days to begin watching it. After you start watching it, you’ll have 24 hours before the rental expires and the movie is “returned” reports IGN.

This announcement also brings with it several additional firsts:

* For the very first time CBS will offer high-definition download-to-own TV shows including CSI, Jericho, Numb3rs, and even remastered classic Star Trek episodes! Gamers can buy an episode and watch it as many times as they like.
* For the first time on any gaming platform, NASCAR.COM will deliver download-to-own condensed versions of select NASCAR NEXTEL Cup Series races from Race Rewind.
* Also for the first time, the Ultimate Fighting Championship will make 50 of its most intense fights available for download as well as select episodes from the original season of The Ultimate Fighter reality series.
* For the first time, consumers will have an integrated gaming and entertainment experience on a gaming console, including downloadable HD television programming and movies. This new full-length content adds to the ever-expanding number of choices gamers have on their Xbox 360 consoles, whether they want to play games, play a movie on DVD, or watch a downloaded program in either standard or high definition.

“This groundbreaking announcement is a win for everyone,” said Peter Moore, corporate vice president of the Interactive Entertainment Business at Microsoft. “It connects our partners with one of the most coveted audiences in entertainment today, and provides even greater value to our Xbox Live community, allowing them to enjoy the games and entertainment they want, when they want it.”

The initial lineup of TV shows and feature films available for download will include a growing catalog of popular hits. Examples of what will be available before the end of the year include:

* Robot Chicken and Aqua Teen Hunger Force from The Cartoon Network’s Adult Swim.
* CSI, Survivor, and remastered episodes of classic Star Trek from CBS.
* Emmy and Peabody award-winning comedy South Park and Chappelle’s Show from COMEDY CENTRAL.
* The Real World and Pimp My Ride from MTV.
* Avatar: The Last Airbender and SpongeBob SquarePants from Nickelodeon.
* Skyland and The Nicktoons Network Animation Festival from Nicktoons Network.
* Mission: Impossible III, Nacho Libre, and Jackass: The Movie from Paramount Pictures.
* Carpocalypse and Raising the Roofs from Spike TV.
* Race Rewind provided by NASCAR.COM.
* Select episodes of the original season of The Ultimate Fighter reality series and UFC: All Access from the UFC.
* Breaking Bonaduce and Hogan Knows Best from VH1.
* The Matrix, Superman Returns, and Batman Forever from Warner Bros. Home Entertainment.

Any Xbox 360 owner can access Xbox Live Marketplace with a free Xbox Live Silver membership and a broadband connection. Although we do hope Microsoft will release a bigger hard drive as a high definition movie can easily take up 5 to 6GB, which fills up your hard drive after downloading just two movies, because of the 20GB hard disk, only 14GB can really be used, and mine’s already filled up with downloaded demos. 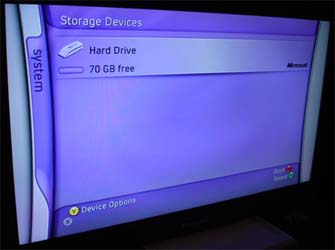 Update: Despite the rumors lately, Microsoft today announced once more that at the moment absolutely no larger Hard Drive has been planned. Boris Schneider-Johne, Product Manager of Microsoft Germany wrote this at his personal blog and also Shane Kim, General Manager of Microsoft, confirmed his statement. Maybe in 2007 then? 😛