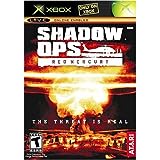 Bethesda (Oblivion creators) today announced their new FPS game Rogue Warrior for the Xbox 360. The game will be powered by Unreal Engine 3 and is being developed for a 2007 release by Zombie Studios, the team behind Xbox & PC game Shadow OPS: Red Mercury.

Bethesda and Zombie have big plans for the multiplayer aspect of the game. According to Xbox 360: The Official Magazine, in which the game is officially revealed, the game will include four-player co-op through Xbox Live as well as support for 24 player battles. No word on a PC version.

But 360monster says that’s not all. When playing in Multiplayer, the two opposing teams will be able to “build” the map which the game is played on. Each map is made of three different sections. Both teams choose one section of the map and the final centre section is randomly chosen (from over 200 combinations). You won’t know which section has been picked by the opposite team until you join the game.

The insipration behind this, say Bethesda, is to prevent players from getting bored players the same maps over and over again.