Earlier this week we attempted to explain that the Dreamcast original Seaman made you raise a wacky rude man-fish. Today Vivarium & Sega announced that in Seaman 2 the concept is the same, with a “little” twist of course…

1UP explains that while you’re still supposed to interact with your virtual pet, this time around on PS2 your creature is basically a mini neanderthal man. As the story goes, a species of these prehistoric mini-men were found to have lived in Peking China. A company in Moscow took their bones and created a factory to clone them and mass produce them as pets. 3,000 of them have been created so far. You’re one of the lucky first to have one of them.

In Tokyo, Japan, at a Sega press conference the game was introduced in the form of an infomercial from the Russian company selling these men. A salesmen pitches you on buying one of these pets and shows how it could enrich your life. It also shows off the special PS2 microphone controller you use to talk to your virtual pet.

Seaman 2 will be coming out on PS2 in 2007 in Japan only (so far, let’s hope it gets released in English too).

Here are some pictures from the infomercial: 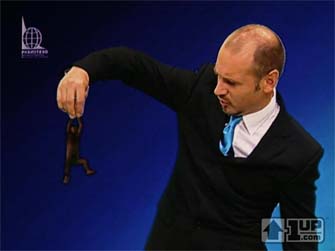 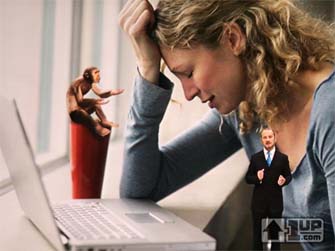