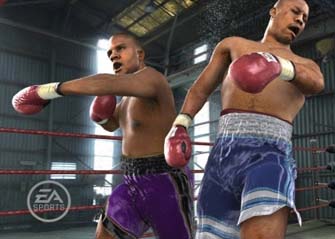 Electronic Arts announced that Fight Night Round 3 is still on the way for the PS3’s launch window, November-December 2006, and will include these PS3-exclusive gameplay features: a first-person mode called “Get in the Ring,” and a new damage system that wasn’t present in the Xbox 360 version.

EA Sports new ESPN Integration feature has also been confirmed to appear in the PS3 version, which will include constant updates, news, podcasts, and ESPN motion.

“Gamers loved the realism of EA Sports Fight Night Round 3 when it was released on Xbox 360 because of its incredible next-gen graphics and gameplay,” said Michael Blank, producer, EA Canada. “With EA Sports Fight Night Round 3 for PlayStation 3, we want to give gamers an exciting and unique gameplay experience that will take the realism of Fight Night even further by allowing players to live the game through their own eyes. This is the closest you’ll get to trading blows with Muhammad Ali.” Via IGN