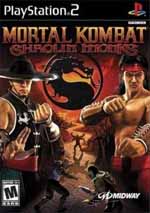 Mortal Kombat: Shaolin Monks was developed and published by Midway for the PlayStation 2 and Xbox on September 16th, 2005.

When the game was released two weeks later in Europe this commercial, however, was only aired in the UK. Watch to see bloody-why.Via Kotaku