In a recent retail product fair in Japan, Nintendo announced a microphone & headphone set for the DS. The peripheral is scheduled for release on September 14 for 1,200 Yen, which converts into about $10, â‚¬8 or Â£6. It’s designed for DS games supporting VoIP, like Metroid Prime: Hunters and the upcoming Pokemon Diamond & Pearl.

Also announced at the retail event were the DS Lite Jet Black for Japan on September 2, a Winning Eleven DS bundle on September 21, and a Crystal White limited edition Final Fantasy III DS bundle with Akihiko Yoshidaon artwork on August 24… 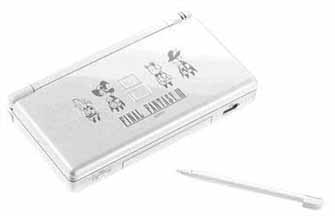 July 29 update: Official headset picture added, not sure if it’s stereo yet, but it sure looks spiffy. 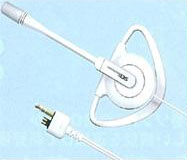