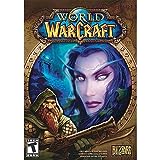 Blizzard’s official site has new info on the Tier 3 Raid Sets. These sets will be obtainable in the Naxxramas dungeon that is also seeing the light of day come patch 1.11, as well as updates to Mage and Shaman talents.

Additionally, the nine piece sets will be completable before killing Naxxaramas’ final boss Kel’Thuzad, so despite some of his alleged loot table popping up, you won’t need to kill him to utilize the sets’ eight-piece bonuses (yes, nine piece sets, with a bonus for wearing eight pieces, says 1up).

Also in the news are more WoW movie details:

Paul Sams, Blizzard COO, says: “We’re not trying to take what we’ve done and…try to make a literal translation to the big screen. What we want to do is to make a great movie that happens to be set in a video game universe. That’s a differentiator, and a key differentiator. A lot of it comes down to picking the right people.

A lot of the other video game movies that have come out before this haven’t had the budgets, the right people, and haven’t had the right mindset. We and Legendary want to make a great film, an event picture, big-budget picture, that is a great stand-alone, fantasy-based movie that is good for you regardless of whether you’re familiar with the Warcraft universe.”