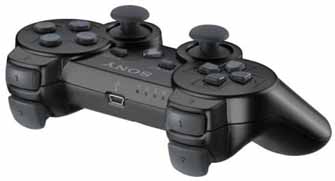 Sony has confirmed that the new controller will not have vibration functionality, unlike the Dual Shock on the PS1, Dual Shock 2 on the PS2, and the Xbox 360 and Nintendo Wii controllers. Sony claim this has to do with interference of the motion sensing.

On the bright side, if we’ll be flailing our arms to control the PS3 “motion sensor” games, at least it won’t drop out of our hands because of the missing rumble feature. Well, not unless you throw it across the room by accident while making a turn 😛

Nintendo shrugged off the similarities, with a spokesperson saying “imitation is the sincerest form of flattery”.