It had been previously rumored that the Wii would be getting a new Trauma Center title from Atlus, but now we have confirmation as well as a subtitle. According to the latest issue of Game Informer, as well as a banner on the E3 show floor, Trauma Center: Second Opinion is in the works for Wii.

We don’t have any details yet, but expect more on this aptly named followup to the DS’s Under the Knife at Nintendo’s conference tomorrow. Via: gamesarefun. First screen: 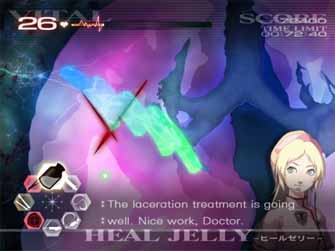