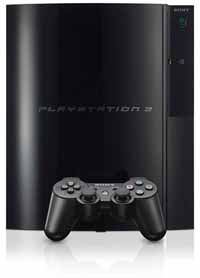 At the end of Sony’s Playstation Pre-E3 conference, they showed the final controller for the system. It now looks exactly like the PS2 controller, no boomerang here, but in a totally surprising move it’s what’s inside that is all-new. Taking a cue from Nintendo, Sony has gone in and added motion sensoring technology. This allows you to control the game by moving your hand, much like you would on the Game Boy’s Wario Ware Twisted. This obviously can be used for racing games where you need to control a vehicle, which you can do by actually moving your hands. Unlike the Wii controller though, there is no 3D motion sensoring or pointer-style technology. That means that it doesn’t sense where you are in a room or your relation to the screen, thus it can’t exactly mimic what can be done with the Wii controller.

Launch date & price details follow here:
Final pricing was also finally announced for the Playstation 3. It will be available in 2 packages, with either a 20GB hard drive or with a 60GB hard drive for roughly 100 dollars more. In Japan the system will release on Nov. 11th. In North America & Europe the system will be released on November 17th and the 20GB package will cost $500 (â‚¬500) with the 60GB package costing a whopping $600 (â‚¬600).

According to the specs released by Sony, the 20GB version will lack more than just having 40GB less hard disk space, it’ll miss WiFi, a memory card/SD reader and, most significantly, HDMI output. Basically, this forces Blu-Ray early-adopters who want to play movies on their HD TV to buy the more expensive console. Apparently the lack of HDMI limits Blue-Ray movies to analog 1080i output or worse. You’ll need to get the $600 version if you want to play your old PS1/PS2 savegames too.