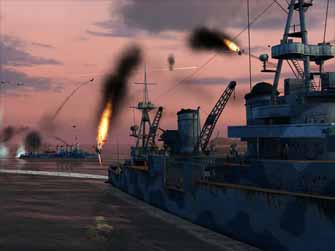 Eidos announced that Battlestations: Midway is going next-gen to Xbox 360 & PC this fall, and not to PS2 & Xbox as originally announced. This is because of development delays the game suffered through the past years. The game is set in Worldwar II and the player gets to battle with naval & air troops on the Pacific Ocean. Xbox 360 Live is supported.