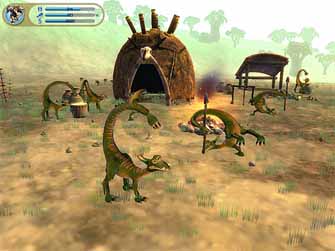 Gamespot has a great Spore (funny website here) news bit “With nearly 60 million copies sold across all platforms, there’s no question that The Sims is one of the most popular franchises in gaming. Given its success, it only made sense for its publisher, Electronic Arts to bring the PC-centric series to every other device possible. Fall 2005, the company released The Sims 2 on all current-generation consoles and handhelds, including the Nintendo DS, the PlayStation Portable, and the Game Boy Advance.”

Taking that into account, it should come as no surprise that EA is also planning to bring Spore, the next game from Sims creator Will Wright, to handhelds as well. That plan was confirmed by a recent job posting on GameDev.net for a “Handheld Designer: SPORE” position.